Yuliia spent a month based at the Trust’s Highgate house in August 2019. 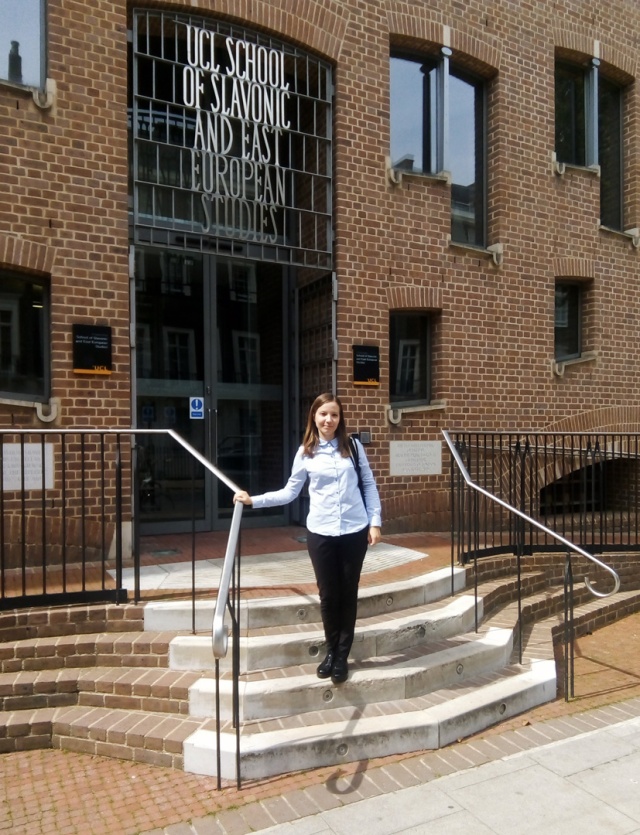 Before my visit to London, the official topic of my dissertation was “The Foreign Policy of Montenegro in the Context of Geopolitical Transformations of the Balkans (2006-2017)”. However, my scientific supervisor encouraged me to read around the subject, saying if I found something hitherto unexamined, I could change the topic of my research.

Given the invitation by the Trust to undertake this research in London, I used it to the full. Initially I had planned to base myself at the British Library and the library of LSE. However, my plans changed on arrival when I found my subject more usefully – and accessibly – covered in the School of Slavonic and East European Studies of University College London (the SSEES) and the National Archives at Kew.

With not enough information available on my main topic, I decided to extend my chronological framework, and in doing so, discovered a large amount of new and exclusive material, which opened up new horizons on my research. The SSEES library provided an enormous number of articles, books and other scientific works, which will be helpful in establishing what has been already studied and what areas remain as yet unknown. Besides publications, their archive also held revealing information about the former British-Yugoslav Society in London which, though influential at the time, is no longer remembered (there is even no information in the Internet). 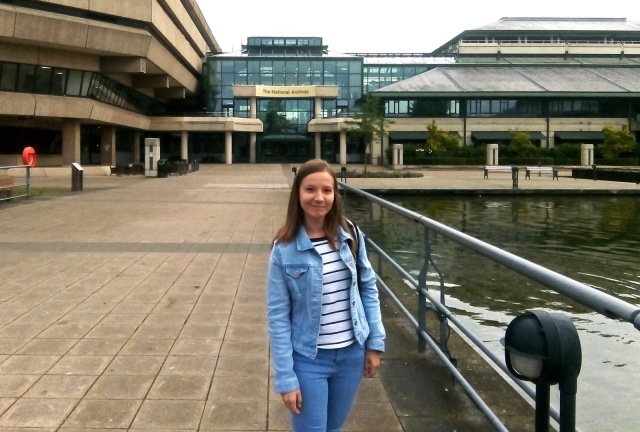 Yuliia at the National Archives in Kew, London

In the National Archives I discovered documents showing a connection between that Society and the Foreign and Commonwealth Office, which has encouraged me to focus my attention more closely on relations between the United Kingdom and Yugoslavia during the 1990s. One of the most interesting discoveries of my visit was that of personal correspondence between officials of the Foreign and Commonwealth Office and their overseas colleagues. The significance of this information lies in the fact that most of the documents have been opened only recently and I was among the first people to have seen them. I am now in the process of assembling data and writing an article on that basis.

As well as collecting materials, I spent a fantastic time in London discovering the beauty of the city. As it was my first visit, I will never forget my initial mistakes and misunderstandings on the roads and in the underground, those wonderful museums and parks and, of course, my host and coordinator of the Trust, Howard Davies, who was the kindest person I could have met in London. It was an inspiration to spend a month living in the Highgate house, and I shall retain happy memories of what was for me an unbelievable experience: living and studying in London.

At the same time, if at the start of summer I was afraid of the lack of resources for my dissertation, I have returned home sure that I have material enough for my future research and my developing interest in the recent history of the Balkans.

TESTIMONIALS from three more of this year’s visitors have now appeared on the Trust’s website (‘Scholars’ / ‘2019 Visiting Scholars’): Mikhail Belan, Stanislav Mitrakhovich and Sergio Alarcon Robledo (in the photo during a visit to the @the_egypt_exploration_society). Would you like to follow them by visiting the Trust in 2020? Apply now! Link in bio
Would you like to follow in the footsteps of this year’s visiting students and scholars? Stay in one of the Trust’s houses in Highgate or Kensington? Spend a month studying in the finest libraries, archives and museums London has to offer? Apply now to visit with the support of the Trust in 2020 - see link in bio
Also LOVE this note left behind by a recent visitor: “Message to next colleague: that’s a great opportunity, invest every minute”. Great to see this!
LOVE this photo! THREE Trust scholars in the in the study room in the department of Ancient Egypt & Sudan, @britishmuseum all at once! L-R: Kasia Kapiec (2018 & 19 visitor), Danielle Smith (2018) and Marta Arranz (2019). Kasia’s 2019 testimonial is at bit.ly/2rdHgEt
AND ONE MORE TESTIMONY! From Mahmoud Emam who spent a valuable month visiting museum collections and libraries around the UK while based at the Trust's Kensington house. See bit.ly/36DQaLF
*THREE* NEW TESTIMONIES from 2019 Trust visitors staying in the Highgate house: Dominika Cora, Hristo Kutiev and Nikolay Pavlevchev: see the relevant links on this page: http://bit.ly/32bSpTa Would you like to visit us for your research in 2020? We are about to invite applications…